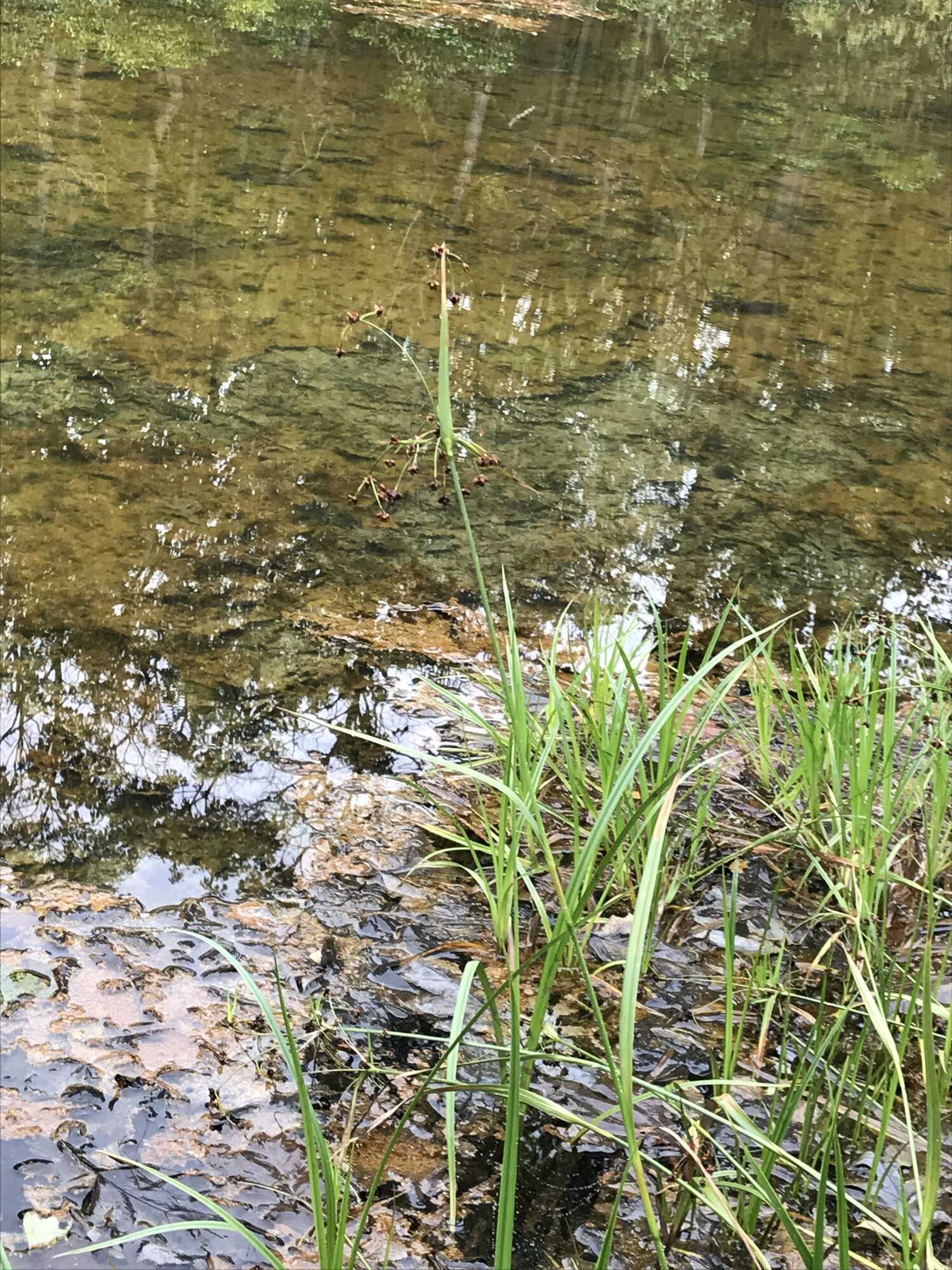 Justin C. Johnston, MS, MBA was recently listed as a qualified surveyor of northeastern bulrush (Scirpus ancistrochaetus) by the Pennsylvania Field Office of the United States Fish and Wildlife Service. It is a leafy sedge found in very wet areas in Maryland, Massachusetts, New Hampshire, Pennsylvania, Vermont, Virginia and West Virginia. Pennsylvania and Vermont have the highest number of populations, with Pennsylvania having 62% of known occurrences (USFWS, 2008). Typical habitat are wetland complexes of clustered ponds in which each pond is separated from the others by a few hundred feet or yards or less. When it is found in such a wetland complex, it tends to occupy only one to three ponds (often adjacent) within the complex. The species also seems to require ample sunlight; plants are usually absent from the highly shaded perimeter of woodland ponds (USFWS, 1993).

S. ancistrochaetus was initially listed as endangered in 1991 and was revised to threatened status after a 5-year review found that 80 additional populations were discovered after the initial listing (USFWS, 2008). Threats to the species are typically anthropogenic impacts to the wetlands from logging, filling, draining or other earth disturbance activities, although some deer browsing may also be a threat. Because the species requires adequate sunlight, effective management of woodlands surrounding the pools to reduce shading may also be required to support existing populations.

In Pennsylvania, S. ancistrochaetus is typically found in central and northeastern areas of the state. If you have a project that requires a survey, please reach out to Justin C. Johnston, MS, MBA at 231-282-2192 or email him at Justin.Johnston@bigpineconsultants.com.